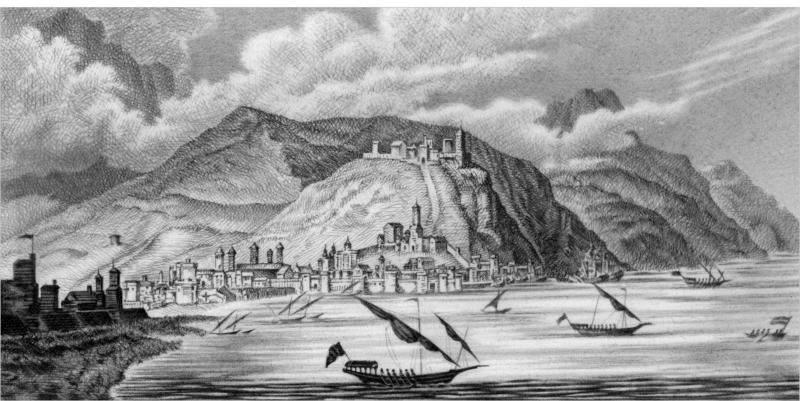 The term “Vino Malagueño” or Málaga wine is synonymous with Pedro Ximén or Pedro Ximénez, This grape is considered to be the Málaga variety par excellence. It has its genetic origin in an Arabic grape named Gibi and so in the Al-Andalus. The port of Málaga would in all probability have been the main point of entry. The first reference to the use of the Spanish named “Pedro Ximénez” in Málaga appears in an affadavit of the purchase of vineyards in 1540.

Among the areas of production, the high, cool and late-harvesting vineyards of Los Montes de Málaga always stood out for their exceptional quality. This mountainous region surrounds the city and port of Málaga. Today it is home to the Parque Natural Montes de Málaga and without a doubt represents the identity of the city and its international recognition through the term Vino de Málaga.

The introduction of the cultivation of the vine in our mountains is attributed to the Phoenicians who arrive on Málaga shores in the VIII century B.C. But the relationship between the city and Los Montes de Málaga becomes very strong and continues to do so after the Muslim invasion in the VII century A.C., linked by a common thread: the cultivation of the vine on terr slopes for the production of raisins and wine. After the conquest of the city by the Catholic Kings in 1487, we are witness to an unstoppable boom – the deforestation of Los Montes de Málaga gives rise to the widespread and massive plantation of vineyards.

The period of time dating from XVII century to the XIX is when Málaga wine becomes most internationally known. The productive structure at this stage was identical to that of Oporto and Bordeaux when the wine fermentations took place in the area of the vineyards. In the case of Málaga, in El Lagar and in the case of Bordeaux, in the Chateaux. Once the fermentation process was completed the wine was moved in barrels to the port where Dutch, English and German wine merchants finished the preparations for export to the different markets.

El Lagar is the habitat of Los Montes de Málaga. It was the venue for both productive and recreational functions, which on occasions were ostentatious and lavish. Almost 900 Lagares were registered by the end of the XIX century in Los Montes de Málaga. Many no longer exist such as Jotrón or Pocopan which were some of the largest and most famous. There are others that have kept part of their magnificent vineyards, such as some in Cerro del Moro, Arroyo de las vacas, Santo Pilar, Vuelta Grande or Peñas Blancas. It is from these that we make our wines today.