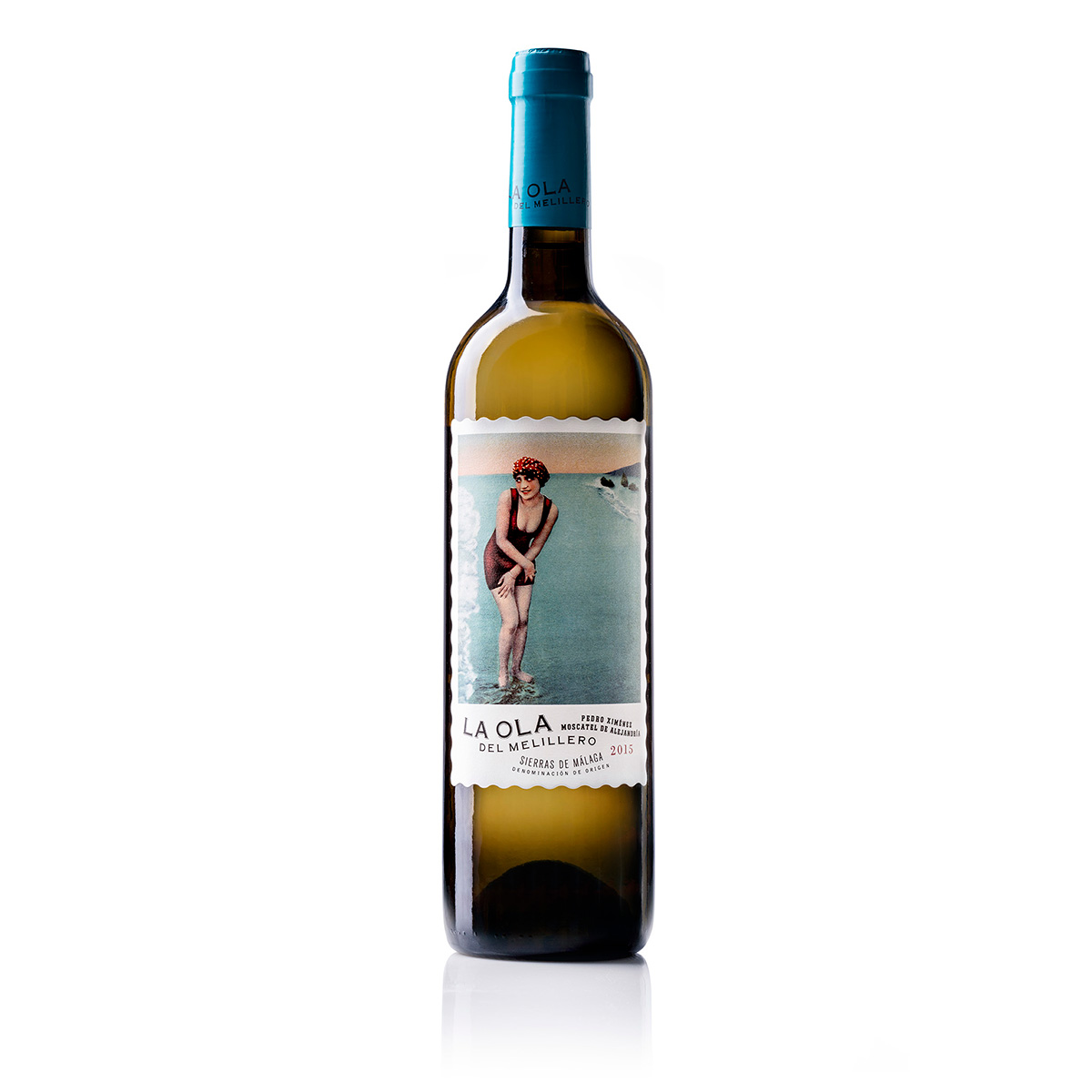 La ola del melillero is mainly produced from Pedro Ximenez (PX) grapes from the Natural Park Montes de Malaga. It comes from small plots of between 30 and 100 years old, in the Malaga municipality, almost hidden in a Mediterranean forest of holm oaks, cork oaks and Aleppo pines. The muscatel grapes come from six plots in two municipalities of the Upper Axarquía region, located at the foothills of The Natural Park Sierra Tejeda.
These are dry farmed, mountain vineyards located at an altitude between 800 and 1,000 m. It is an extremely steep topography, with slopes of between 46 and 76%. that requires manual labour using age-old viticulture techniques. In these conditions, the yields are very low (900-1000 kg/ha), but the concentration of the berry is optimal for making quality wines.

La Ola del Melillero was the first launch of the Victoria Ordoñez Winery in June 2016. Something completely different from what we can find in the market. It is a dry, calm white wine, made mainly with the Pedro Ximenez variety (70%) from the Montes de Málaga wine region and assembled with the Muscat of the Axarquía (30%).

Bright straw yellow color. It has a delicate nose of white flowers that already suggests freshness. In the mouth there is a very integrated acidity with the fruit, balance and, at the same time, complexity, roundness and smoothness from fermentation and aging in barrels and contact with fine lees. A touch of final bitterness reminds us of the presence of muscat. In short, it combines the elegance and freshness of Pedro Ximenez with the sweetness and openness of muscat. Served very cold it is ideal to accompany seafood, rice, vegetables and white meat.

The Wave of the Melillero refers to a phenomenon that is registered in the urban beaches of Malaga and that consists in the sudden and ephemeral rise of the sea level, produced by the waves that cause the approach and braking of the high-speed ship that performs the sea ​​route Malaga – Meilla. This ship is popularly known as «El Melillero». In the Ola del Melillero, the image and design have been taken care of to the maximum. The bottle is Bordeaux, simple, elegant, tall and slender. The label is vintege style and represents a swimmer of the nineteenth century surprised by that unexpected wave. With this design, VIctoria Ordoñez wanted to move the consumer to the spas of Malaga in the 19th century, interpreting how the arrival of the Melillero wave would be at that time.

A time also of splendor of the wines of Malaga and the Pedro Ximenez variety until its decline in 1878 with the arrival of phylloxera. Now, Victoria Ordoñez recovers the glory of those wines. The essence of Malaga wine returns from his hand, just as La Ola del Melillero returns every afternoon. 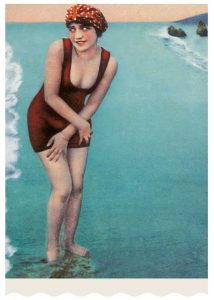 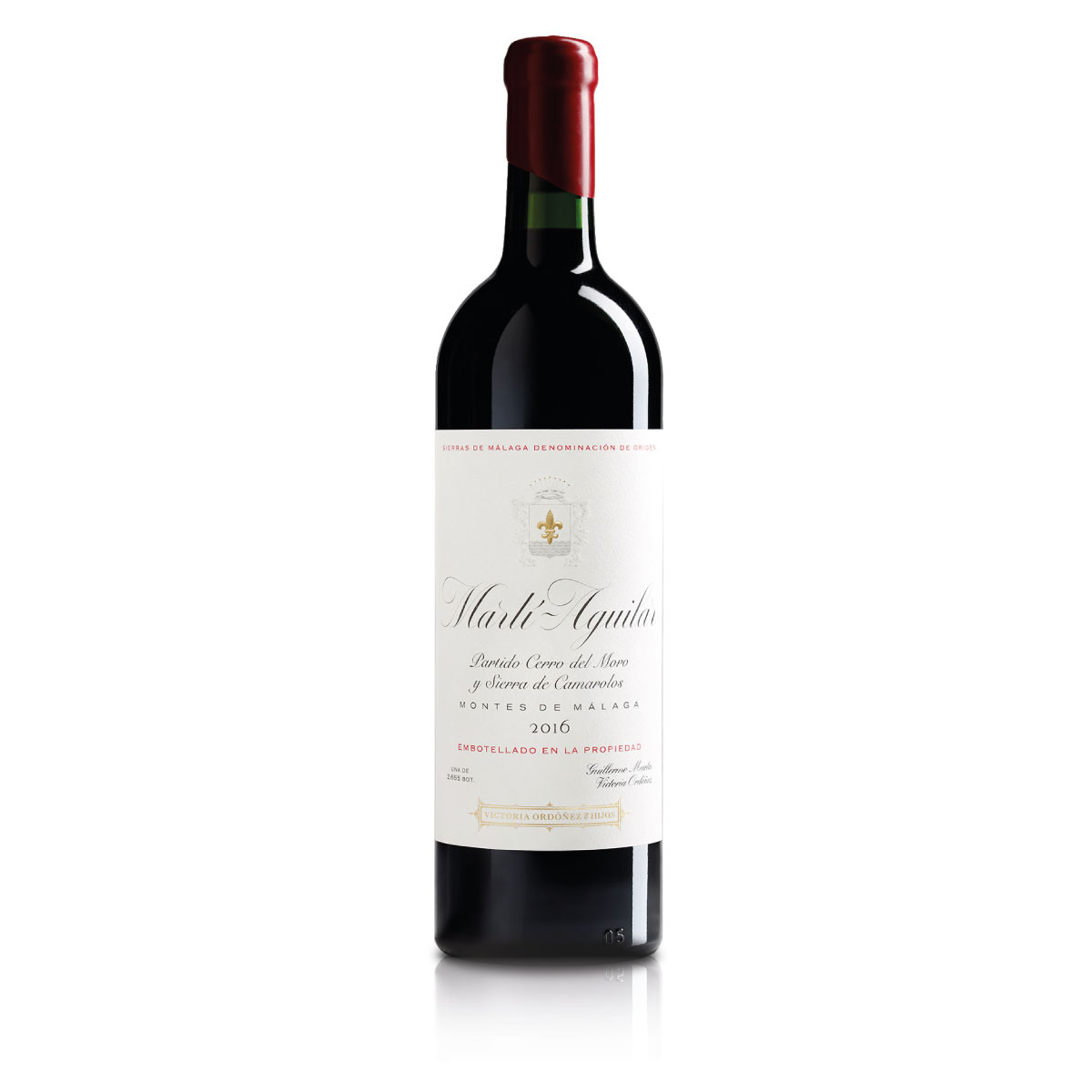 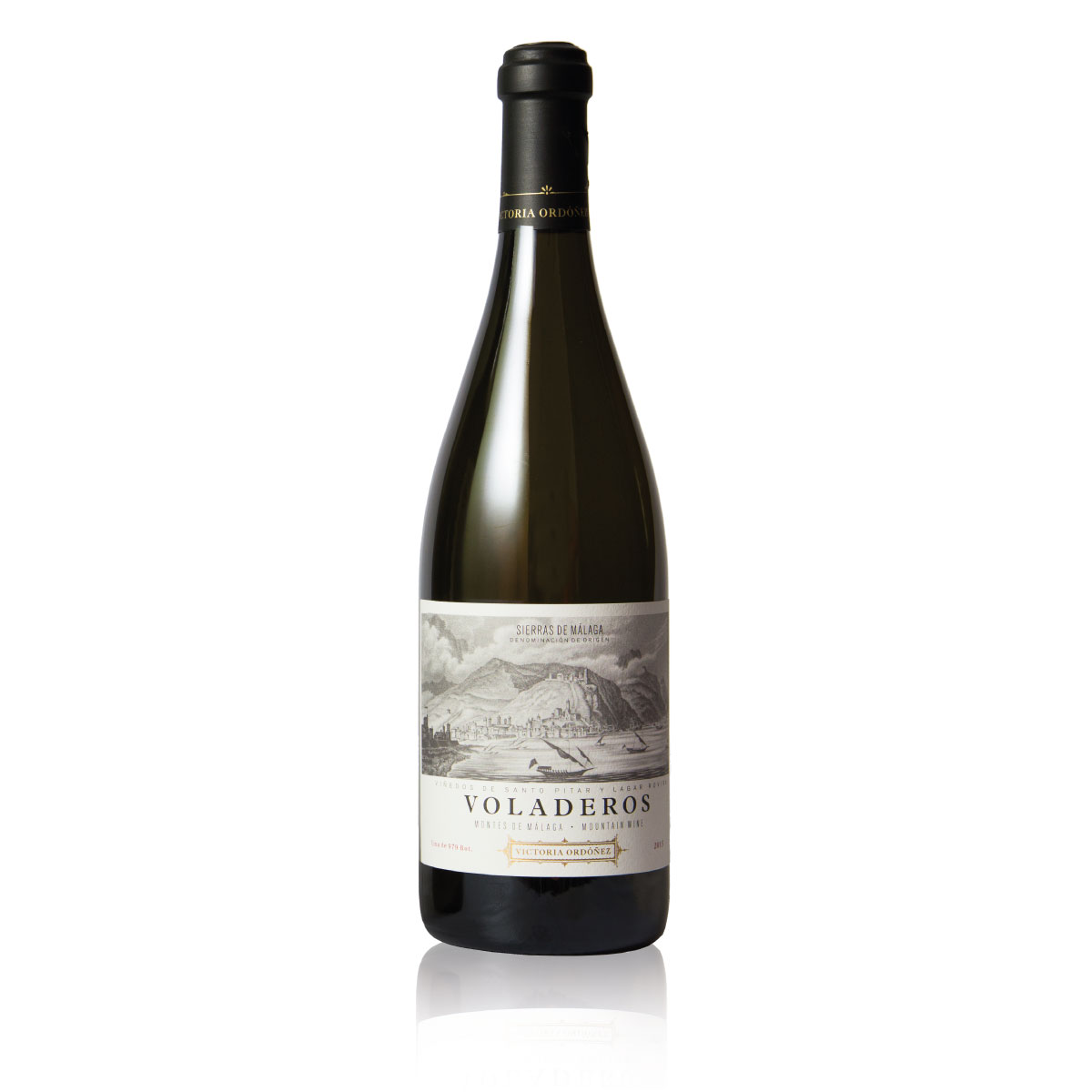 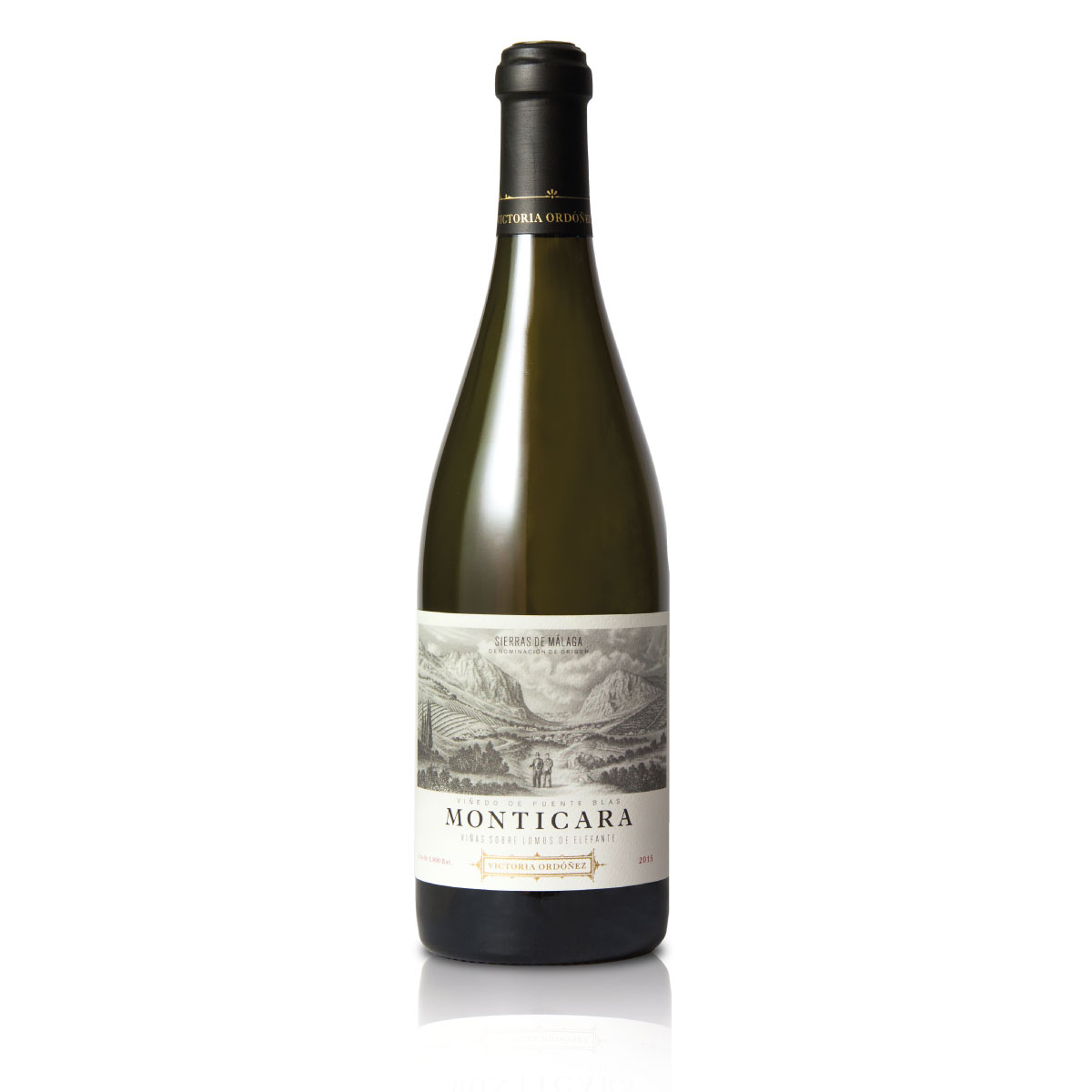 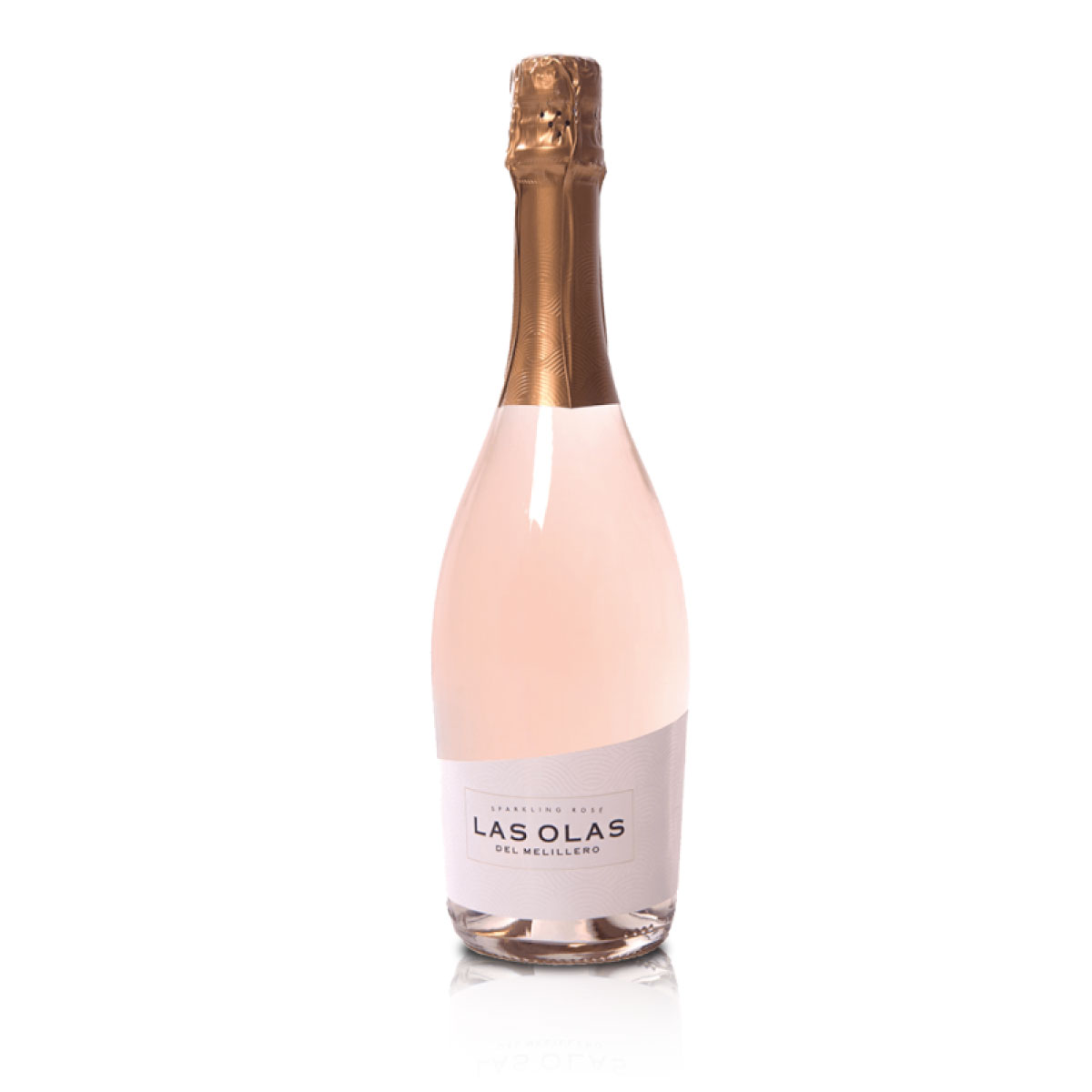